Yes. I will defend you, smell. Because smell gets a bad rap. Smell is sullied as the awkward older brother of Taste. He’s thought of as the one always lingering around at Taste’s parties, all “oh it’s cool guys, I have plans for later on, I’m just gonna down a few coldies here”. And he never brings his own beer, he hulks around and sits in the best spots drinking other peoples’ beer, and his coupla coldies descend into a great clinking mass of empties by the end of the night, and there’s just him in the lounge room by the end, unaware of anyone else’s presence or absence, having lost all cognisance of social nous and toilet training. And you just think “seriously man, you’ve gotta stop chewing the fat of your brother’s meat, and don’t read into that, it’s just a sexless metaphor, yknow?”

Well, all of that is a misconception. While there are bad smells out there, there are also smells that are amazingly special and evocative and filled with emotional significance. I still remember the smell of the hair product we used to tame our sun-bleached wiry frizz on a family trip to Bali in 1996. One whiff of Delva Moisture Serum and it all comes flooding back. The beautiful banana pancakes for breakfast, the rice wine on arrival, and the thousands of underpaid Balinese workers building a new resort downhill of our favourite swimming pool, who we had a really good view of while sitting in the pool eating pancakes and drinking rice wine. One whiff of Delva can remind me of how sunburnt my skin was on that hot Summer day in Ubud as I curiously watched 9-year-old Nyoman load pallet after pallet of mudbrick down a conveyor belt without designated lunch breaks. That was, and remains, a precious memory.

"We have rooms with water views, or rooms with 'dudes wrestling with bamboo while you watch and talk about how affordable Asia is' views."

Smell can constantly help you evoke the life experiences that make you the person you are today, in an extremely immediate and effective way. It can also remind you of the time your housemate’s cousin slept on your lounge one night after a lot of beers, and someone had left out a plate of blue cheese, and it was early February in Sydney, and walking into that room as the first sharp rays of Summer sunlight bounced off that sweaty rock of cheese and a snoring drunk man – well that’s a memory that stays with you forever.

I’m sorry – no. This is a definite no. And the reason it’s so definite is because I’ve only just recently had it come to my attention that EVERYONE I KNOW feels this way too. It’s not one of those “Jess vs the world, like when it comes to vegetarianism, Yeats obsession and other niche interests”.

I used to think that there was the antithesis of “people like me”, people who relished that ‘fresh and just cut’ feeling, who sought out their grinning reflections in shop windows on their way home from the salon. People daring and fashion-ballsy enough to get their hair cut and coloured ON THE DAY OF AN IMPORTANT EVENT, AN EVENT FEATURING A POSSIBLE FUTURE ROMANTIC INTEREST.

But I’ve realised something. It’s not just a curly-haired thing. It’s a truth universally acknowledged that hairdressers will find ways to eff up your shiz. They will appeal to your weaknesses (such as: looking like a boy, looking like a broccoli, looking like a feisty lady-magician) and they will use their evil shiny scissors and scalp-burning purple hair dye to turn you into a less fabulous version of the real sparkling INNER YOU, the one who smiles at shop-window reflections and doesn’t make small children cry.

As the recent recipient of an Unexpected Haircut, I’ve had dozens of sympathetic friends coming out of the fold, telling me their war stories. A week at home crying, avoiding the world. Taking matters into their own hands with the kitchen scissors. And more.

OH NO BEYONCE THEY GOT YOU TOO

None of us are immune. Like rape, or AIDS, or problems of a similar gravity to hairdressing, this sort of thing is everywhere. It’s lurking under your sink, or behind shop windows, windows with pink-wig-sporting display models whose open mouths look like they’re beckoning you hither, but in fact are not; they are actually whispering “go away, for the love of your own sense of attractiveness, WALK ON and get your housemate to do it for you, YES THE BLIND ONE, COS I SWEAR SHE’LL DO A BETTER AND MORE SENSITIVE JOB.”

Don’t get me wrong, I’m not talking that SKII stuff  that makes Cate Blanchett look so radiant in all the times I’ve weaseled up next to her and smelt her hair at theatre openings. I’m not talking diamond-speckled moisturiser drained through the urea of endangered marsupials. I’m just talking about the art of investing in skin products in a slightly decadent, but still appropriate for students and the stingy, sort of way.

I’m talking hand creams so thick and luxurious that you become one of those people who thinks for just a moment about wearing freaky mime-gloves to bed, just so that sweet sweet moisturiser sinks right in (with the added bonus of your sleepwalking gropes going fingerprintless). I’m also talking toner spritzers that smell like lavender, and cleansers that strip your skin of even its whispered threat, even its latent potential, to break out one day in the future.

And what I’m really talking about is body wash. Expensive body wash. If you have ever paid over $29 for body wash, you know what I’m talking about. That zesty whole-body refreshment. That blend of grapefruit and sea-minerals that makes you get out of bed in the morning. The silky chestnut and lotus delicacy that lulls you into a false sense of relaxation before you go to bed and have your nightly trauma-dreams. 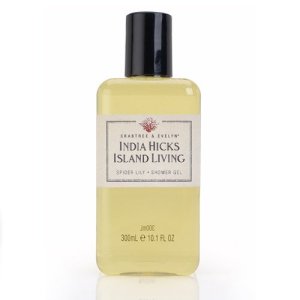 I guess all I’m really saying is that if I’m not spending my money on food, it’s probably on deluxe skin products. And you should tap that shit.