Hey loyal readers; you know how you’ve just had to listen to my voice over and over again for all these years? Well, today you don’t. Today I have a Guest Blogger for you, and she is Guest Blogging about a subject very dear to my heart!

You guys may have noticed that I quite like dogs. But I don’t just like dogs. I like all animals, and I was therefore delighted to find out that my friend Emma Salkild co-writes a blog dedicated to celebrating animal friendly cosmetics: My Fair Lipstick. 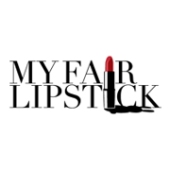 Emma has written a post for us about the childhood pet that ignited her love for animals. Enjoy, and check out her website for some gorgeous and ethical beauty inspiration.

HOW EMMA LEARNED TO LOVE RATS: 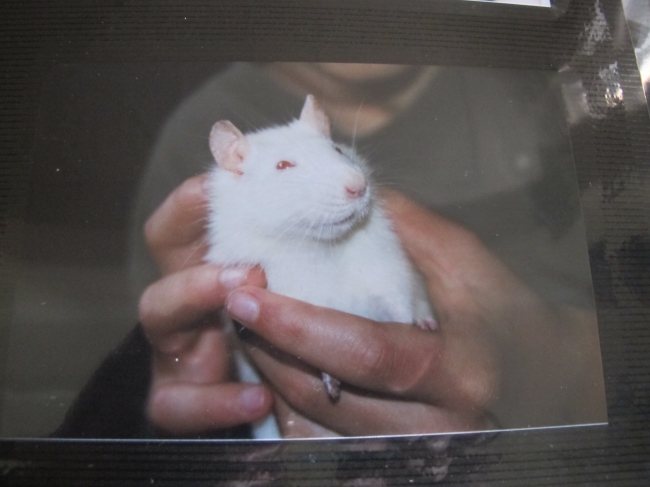 Kinky was a mouse with a bend in its tail. Like most mice he spent all his free time pooing, weeing, licking himself and hiding from humans.

Rats are actually really smart and social. Basil in particular liked company. I had him out of his cage all the time so he could roam free. In winter he would nestle in the arm of my jumper. In summer he would curl up under my hair. He would sit on my shoulder as I walked up to Oxford Street to get videos or go window shopping in overpriced shops.

He bit me once. I had just painted my nails bright pink (even at 14 I was a nail polish addict) and was lying on my side reading in my bed. My arm was bent and my hand was in a fist behind my head. My thumb was sticking out and moving side to side – I’ve always been a terrible fidget. Suddenly I felt a sharp sting. Basil had bitten a small chunk out of the middle of my nail leaving behind a circular dent.

‘Fuck Basil,’ I screamed, not understanding what had happened. Who was this creature? Had he gone mad? Was he somehow rabid? He grabbed my thumb with his tiny paws and began wildly licking. His body language was full of remorse – don’t laugh – I knew my rat well. I guess when he had seen that bright pink nail moving from side to side he thought it was some kind of bug that he was going to kill. My sister said she once saw him annihilate a cockroach.

What became of Basil? I should’ve known something was up by the size of his balls. Those testicles could have put Dirk Diggler to shame. My rat had the biggest nads you ever saw. You couldn’t not notice them. But I must have been in some kind of denial and just put it down to one of his “quirks”.

I don’t know what made me finally take him to the vet. But it turned out that Basil had a tumour – in his nuts. The vet said a lot of pet rats got tumours and that it might have something to do with being the offspring of lab rats.

My parents forked out $100 for an operation. That week was pretty rough at school. By this stage I was 15 and in a phase of full-blown adolescent angst. My best friend was appalled that we coughed up 100 bucks for a “stupid rat”. My mates also laughed when I told them he had a tumour in his nuts. To be honest, sometimes I even laugh at it. Those balls were hilarious.