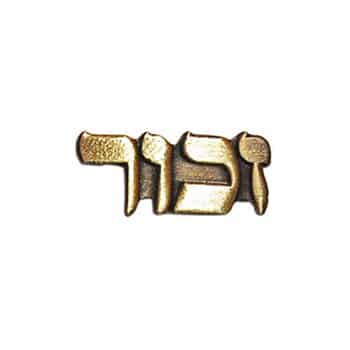 [I wrote this post a while ago and am only posting it now due to technical issues. Please enjoy it anyway.]

Recently, I interviewed director Anne-Louise Sarks about her vision for a production of The Merchant of Venice, currently touring urban and regional areas of the country. You can read it here.

I saw her production of the show on its closing night in Melbourne, before it packed up to go to its next town. And it was great. I thought it displayed beautiful technical skill, and I had at least three emotional moments.

(And yes, the way I speak about theatre is weird because I see too much theatre that doesn’t move me, so now my only arbiter for liking a piece of theatre is having at least one small cry. If I have one of those “keep your mouth closed so you don’t make an awkward honking sound” cries? Give it a Helpmann. This one came 2/3 of the way towards achieving honking. So, that’s pretty damn good.)

Anyway, back to business. Sarks curated a challenging zig-zag of tragedy and comedy, each one deeply unsettling you just as you felt comfortably placed in a new zone, a new mode. You find yourself asking, “how can I laugh while this tragedy is going on alongside the comic scenes?” And this is an important question, because it speaks to a lot of the weirdness of the 21st century. Cat photos alongside human rights abuses, ‘whomst’ memes amongst mass murders. Perhaps the flicking between modes is less jarring on a personal screen, with just our own sensibilities buzzing and fizzing. It’s different with the communality of theatre. We gasp together, we laugh together, we dab at the same cheeks as we cry down individual faces.

This production made me think about the ways in which cruelty and racism find a new victim in every generation. The ways in which religion bonds us with our own, but creates seemingly impenetrable divisions with outsiders. The reference to kashrut – kosher eating – was particularly interesting. Food is a bonding tool, but only for those who can eat at the table. It made me think of the alt-right hating on halal Vegemite, the same people who claim that new migrants fail to integrate with Australian society.

This production held clear contemporary resonances, but it also made me consider the ways in which hatred and intolerance weave themselves into the fabric of our DNA, and take generations to fully extricate. I am sure this happens to the perpetrators of racist behaviour, but I am more interested in the victims.

Racist behaviour begins with cruel epithets, with disregard from leaders, with verbal abuse. It amps up to killing, hitting, chasing down. Racism looks like Antonio spitting on Shylock, but it also looks like a hijab being forcibly removed, or a criminal justice system that values white lives over others.

Racism works by extracting what it can from a given people, until a new victim is found. The direct experience of racism, the daily tangible kind, lessens, for those people. Exists only in extreme places. But something is left behind. Particularly for the survivors.

I have always been fascinated by the character of Jessica in The Merchant of Venice: the way she escapes the direct brunt of racism by loudly denouncing her culture and converting to Christianity. Here’s another effect of racism: distancing ourselves from where we come from, out of our own fear. Fear carries itself onwards when the hitting and spitting and killing may have subsided. It manifests itself in the way we feel about ourselves, talk about ourselves, hide ourselves, carry pride or shame in our bodies.

This production made me think of a document in my family: the Russian passports that my family had with them when they moved to Australia. The passport listed name, date of birth and nationality. Nationality: Jew.

I remember studying an Indigenous Studies course at Nura Gili at University of New South Wales. The lecturer made an important point in our first lesson: in her class, she wanted us to be vigilant about saying “Aboriginal people”. There were so many texts out there saying “Aboriginals” or “Aborigines” and this was dehumanising. People need to be referred to as people.

Every time the Christians of Venice spat out the word “Jew” at Shylock, I felt it in my body. A memory of something that runs deeper in me, in the subconscious, in the memory. It’s why it took me a long time to talk about my cultural background with university and theatre industry friends, to start identifying as a Jewish writer.

At the time, I never knew, intellectually, why I did this. Why I still do it in certain environments. All I knew was that I felt that fear somewhere too reptilian to really unpack. A fear that suggested, to some people, you are not a Jewish person, a Jewish writer, a Jewish cat-mother. You are just the spitting out of “Jew”. You can be reminded of that, dressed down by that, at any moment, in a social setting, in a theatre, in a neo nazi rally.

This production was jarring, but in an important way. It reminded me that we remember, shockingly, sometimes unhelpfully, for a reason. Remember what people can do to each other. Remember the way it lives on. Remember, to prevent it recurring.

In Judaism, we say a prayer called ‘yizkor’ for the dead. It comes from the root: ‘zachor’. Remember.