First cab off the rank, and it’s a controversial one. I’m going to tell you the kimchi tofu story, and I know that tofu isn’t necessarily the people-magnet to everyone that it is to me, but just hear me out you little monsters. 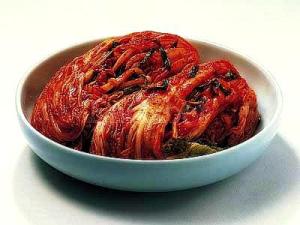 We will punch you in the nose, with TASTEPOWER.

Back in 2004, I was working for Janita (and to a lesser extent, her husband Dharmesh) in PULP Juice, level 3 of the brand new Westfield Bondi Junction. Whenever Janita would come down from her sentry post on the fourth level of WBJ to relieve us for lunch breaks (the post from which she’d spy on her employees and then tell us we were working too slowly), I would go for a sushi break. It was a little sushi kiosk right near PULP Juice, which was good because Janita’s tiny clawlike fist was an iron one, and she liked us nearby during our lunch breaks in case there was a Juice and/or Smoothie Emergency that required us to forgo our ‘Workers in the Sweet Sweet Overpriced Refreshment Industry Union’ rights to a 30-minute lunch break.

Anyway, this sushi was amazing and they made the best kimchi tofu. It was a tiny bit spicy, a bit like a baby slapping you; nothing too offensive, but something that just reminds you that you’re alive. It was set off beautifully by a lump of soft avocado, which meant that the creamy fatty goodness of the avocado worked with the salty, ever-so-spicy kimchi like some sort of tightly-rolled dream.

And then things changed. The sushi joint was no longer managed by an obese Polish man with the same management techniques as Janita. He dropped off the face of the earth, and the sushi joint became rightfully managed by some very nice Korean women. Women who KNEW HOW KIMCHI TOFU SHOULD TASTE.

No longer was Mr Czeslaw dictating that the sushi should accord to his very specific taste. (“MORE CABBAGE”?) Instead, the sushi started getting mega-authentic. And you know what authentic kimchi tastes like? LIKE A BABY IS PUNCHING  YOU IN THE EYEBALLS. Chilli-town, population ‘OH MY GOD’.

I don’t know what I’m getting at here. I don’t know how to solve this problem. I also don’t think it’s really a problem, except that I’ve managed to write 350 words on it. I guess all it’s taught me is that sometimes men like Mr Czeslaw really should follow their dream, a dream of making geriatrically-palatable sushi for people like me to enjoy. And that when Mr Czeslaw ultimately does wither up and die, people like me can gain a sense of agency, and a pair of kahunas, and learn to eat some freakin’ chilli and stop whinging about it.