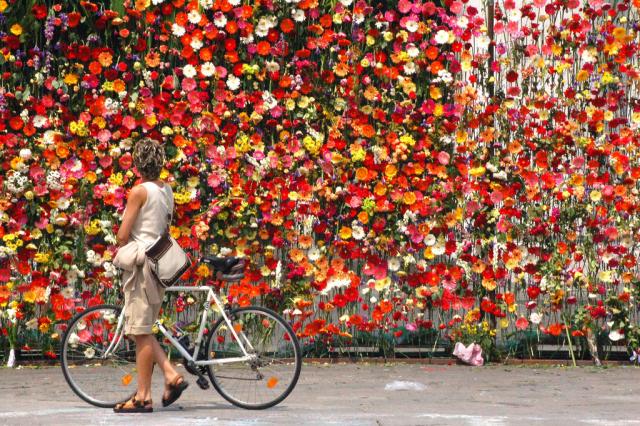 This edition of Would Jess Like It will focus on the process of being overtaken by human beings who are (apparently) in more of an important rush than you are.

As I enter my third decade of life, I have come to realise that being overtaken by People More Important Than Me is a given fact of the world, a bit like tax, cat hair allergies, and B.O. I’m not talking about being overtaken professionally or financially – that is a different post of its own, and one that requires more research than my personal base maximum.

I will be writing more broadly about being overtaken as a pedestrian, driver, cyclist, or queue-r in the world. Herewith, a series of portraits, followed by a reflection.

I ride my bike down Royal Parade. I stay to the left of my lane, because I know there will be people overtaking me. I have got much better at cycling, lately. I now cycle 20km per day, and I find myself being overtaken less frequently. Being overtaken is not the worst thing in the world, in principle. It reminds me that we all commute differently. Some of us stop to smell the exhaust, others speed through it to get on with the nicer parts of our day. I don’t mind being overtaken when a cyclist warns me of their intention. They will chime out, “passing” as they glide past. Other times they will ding their bell merrily, and overtake. Other times, there will be no voice or bell, just a rush of wind past you, a grunt, and a sweaty musk in some tailwind. I now associate the “passing” and ding-a-ling as a feminine act, because the majority of those sounds, those courtesies, have come from women.

Often I am overtaken as I sit waiting at a traffic light. A rider stops behind me, assesses me, and then darts off as the light changes, to be in front of me. I wonder what sort of internal logic leads to this decision. “She’ll be slower than me. I just know it.”

I wonder what these overtakers do with these saved seconds of courtesy. Perhaps this sort of courtesy slows down your torque, or leads to an extra drag on the saddlebag that waves like lazy testicles under your own flesh-and-blood balls.

I am waiting for the train, standing behind the yellow line. I tend to stand close to the yellow line, a level of proximity that all the Russians in my blood-line would call “anxiety-provoking” and “JESSITCHKA, NO”. I queue close to the line because I want to keep my place in the line, because I got here early for this specific reason, curtailing any potential chats about harmonicas with the staff at Eastern Bloc cafe.

The train pulls into the station, and suddenly, I am not first in line anymore. There is someone who has slipped in front of me, who will get on first, because perhaps getting on first will get them to the city quicker than everyone else in the same carriage.

I am waiting at an airport luggage carousel. I have just finished a holiday. I am relaxed. I stand near the carousel, but I leave a little room between myself and the conveyor belt, because I know that other people need visual access to this carousel, and will not appreciate being blocked by Semitic hair that has just spent 12 days in Queensland humidity.

A man slips in front of me, blocks my viewing, and stands there. He is either unaware of the fact I am trying to see the belt, or he doesn’t care. An expensive bag slides around to us, marked with luggage tags from the Sofitel. He grabs the bag and plonks it on the ground. He calls out to his partner, “our bag was the first one off!”

He then stays put. My bag approaches, and I lunge for it, across him. He does not move back or make room.

I am angry. I am sick of this sort of shit. I grab my bag and I slam it on the floor, close to his feet. He mildly moves his foot backwards, won’t look into my eyes.

I see blood. I see red. The red is coming out of my ring finger nail. I have bent it back in the microsecond of slamming, of “I’ll show you who also deserves to be here”. Blood trickles from under my nail, down my finger. I grab my bag and I hold my finger in my fist. I will not let him see me bleeding.

As I write this post, I look down at my typing fingers. I have 9 good un-bitten holiday nails, and 1 very bad memory nail, jagged and ripped like the entrance to a scary cave. My nail is broken because of my attempt to Make a Point, a point which only injured me and barely registered with the recipient in mind.

There are things I want to say to the people who move in front of us, who slip in casually to space we’re standing in, gliding in like a magnet. I want to say: excuse me. To say: I was waiting here. This is a small thing for you, but a deeper thing for me. Your action is a habit to you, but to me, it reverberates across so many other incidents of being made to feel too small, or too big, ginormous, invisible, or overall just wrong-sized in an amorphous and never winnable way.

This behaviour makes me feel that I will never be fast enough for you. I will never be respected enough by you. My needs don’t matter as much as yours. I am expendable and ignore-able, in the pursuit of the things you believe you deserve.

I wonder if you mean for me to feel this way. I wonder if you have any idea of what happens to people who find these daily micro-aggressions stacked up, one on top of each other, across a lifetime. People who might have less privileges as me, who are also ignored, overtaken, undermined or disrespected in relation to their race, religion, gender identity, size, sexuality, chosen work industry, and more. People who might already question what sort of claim any of us can make over space in a colonised country, but particularly at the way in which some people stride through this space, like a birthright?

These moments erode us. They wear us down. They are exhausting.

I wish I had the right words, the right package of concepts, that can make how I feel make sense to you, overtaker, in the few seconds you might allot me before turning away and dismissing me, abusing me, or ignoring me.

I wish I could school you in the way of a blooming Chinese tea flower: a small little package of a lesson, one which begins an intoxicating, deliberate dance of unfurling, one so beautiful, methodical, logical, that you have no choice but to gaze, enraptured. To take in every word. To really listen. To not look away.

All I can do is write these feelings, and share them, and hope that I am not alone in feeling it. That enough of us might recognise this exhaustion in each other and say, “I understand.”

Perhaps, this is enough.