In 2012, Australian Theatre for Young People (atyp) launched the Foundation Commission Award. This was a public call-out for a play concept that would be appropriate for actors aged 10-13 years. The award came with a confirmed production slate on the atyp calendar, as well as a publishing deal with Playlab Press.

I pitched an idea for a script named Compass, and it was winner of the atyp Foundation Commission. Compass is inspired by a time that I got stuck in Katherine, Northern Territory, in the height of summer. The Sturt Highway, the only way out of town, had been broken in half by heavy rain. We sat around in the blazing heat day after day with with nothing to do, Woolies quickly running out of supplies, and feeling increasingly desperate.

I started to wonder how I might react if someone came to me, someone in greater need than I was, and asked for my help. I was sure I would give it to them. But what if I got more desperate? Can we justify cruelty and selfishness if we come up with a good enough excuse?

Compass was nominated for a 2013 Sydney Theatre Award and a 2014 Australian Writers Guild Award. 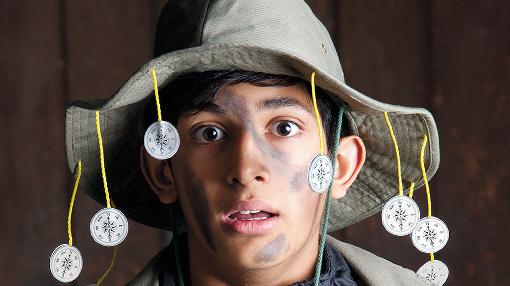