In July 2013, I wrote, produced and performed a new play called Shabbat Dinner at the Tamarama Rock Surfers Bondi Feast Festival. This was an annual festival greatly enjoyed by the Sydney theatre community. I teamed up with director Anthony Skuse (Punk Rock, 4000 Miles) and we created this piece together with performers Lara Rosenthal, Eloise Snape, Samantha Young and Sara Swersky, as well as musician Simon Friedlander.

Shabbat Dinner (subtitled: “good girls moisturise”) is a piece of dinner theatre that explores the role of food, females and family in a contemporary Jewish identity. The performers and the audience share a Shabbat dinner catered by the writer. As the meal unfolds, a community is built and then dismantled between all involved. The rituals, customs and habits of a Friday night are recreated in this new community. And then we go about our lives once more.

Shabbat Dinner received a staged reading in Singapore, directed by Joel Tan and produced by Checkpoint Theatre. It had a repeat season in March 2015 as part of Spectrum Now Festival, featuring actors Olivia Stambouliah, Kirsty Marillier, Tanya Goldberg, Sara Goldberg and Greta Bartfield. Some coverage of this season can be found in The Age and Sydney Morning Herald. You can find a review of Shabbat Dinner’s 2015 production here.

Shabbat Dinner had its third Sydney season in September 2018 at the Griffin Theatre. This production was directed by Anthony Skuse once again, and featured myself, Kirsty Marillier and Amy Hack, with Kelsey Lee acting as co-designer and stage manager. This production got a lot of press coverage, thanks to the excellent team at Griffin. Here is a listing:

Here are some reviews:

Check out photos from the production on my Facebook page.

You can purchase the script of Shabbat Dinner by contacting me. 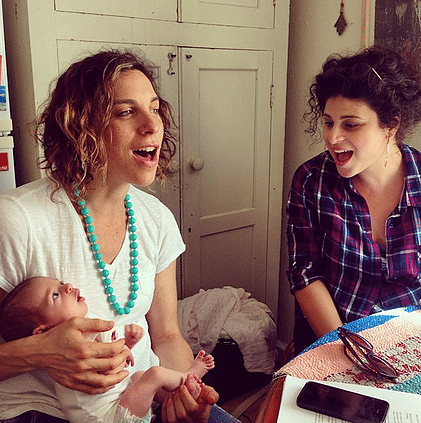