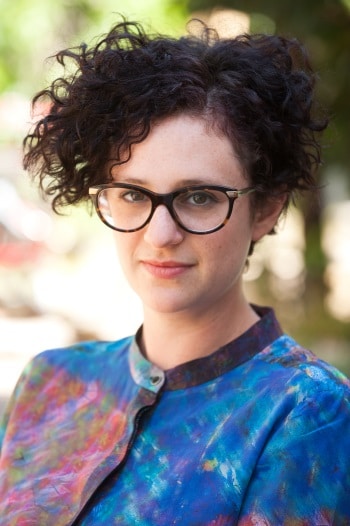 Jessica Bellamy is a playwright and theatre maker. She holds a Graduate Diploma of Dramatic Art in Playwriting (NIDA) and Bachelor of Arts (Hons)(UNSW), as well as a Graduate Certificate in Arts and Community Engagement (VCA).

She has been a Griffin Theatre Playwriting Australia Associate Playwright (2011/12), Writer in Residence at Grey Projects, Singapore (2013), MTC/PWA Dramaturgy Intern (2014) and an Artistic Director for Outback Theatre for Young People’s The Echo in Our Walls (2014-15). She has worked with Malthouse Theatre on Dybbuk (2016) and participated in the Besen Emerging Writers Programme.

Jessica is the co-writer and performer of Thick Beats for Good Girls with Pooja Nansi for Checkpoint Theatre Singapore (2018),  co-writer of (After)Hero for Monash University Student Theatre with Jean Tong, writer and devisor for Convict Escapades for Sydney Living Museums (2015-18), and she collaborated with Local Peoples on the Australian Open Kids Tennis Day (2017). Jessica was the recipient of the 2013 atyp Foundation Commission, writing Compass (nominated for Sydney Theatre and AWGIE awards, published by Playlab Press), and is winner of the Rodney Seaborn Playwrights Award 2011 for Sprout (Playlab Press). Her play Shabbat Dinner has been produced by Tamarama Rock Surfers, Bondi, Checkpoint Theatre, Singapore and was recently presented by Griffin Theatre.

Jessica is also a teaching artist, and has run workshops for Arts Centre Melbourne, Dreamhouse Theatre, atyp, NIDA, OTYP, Back to Back Theatre, Beyond the Square, Grey Projects and in many schools.